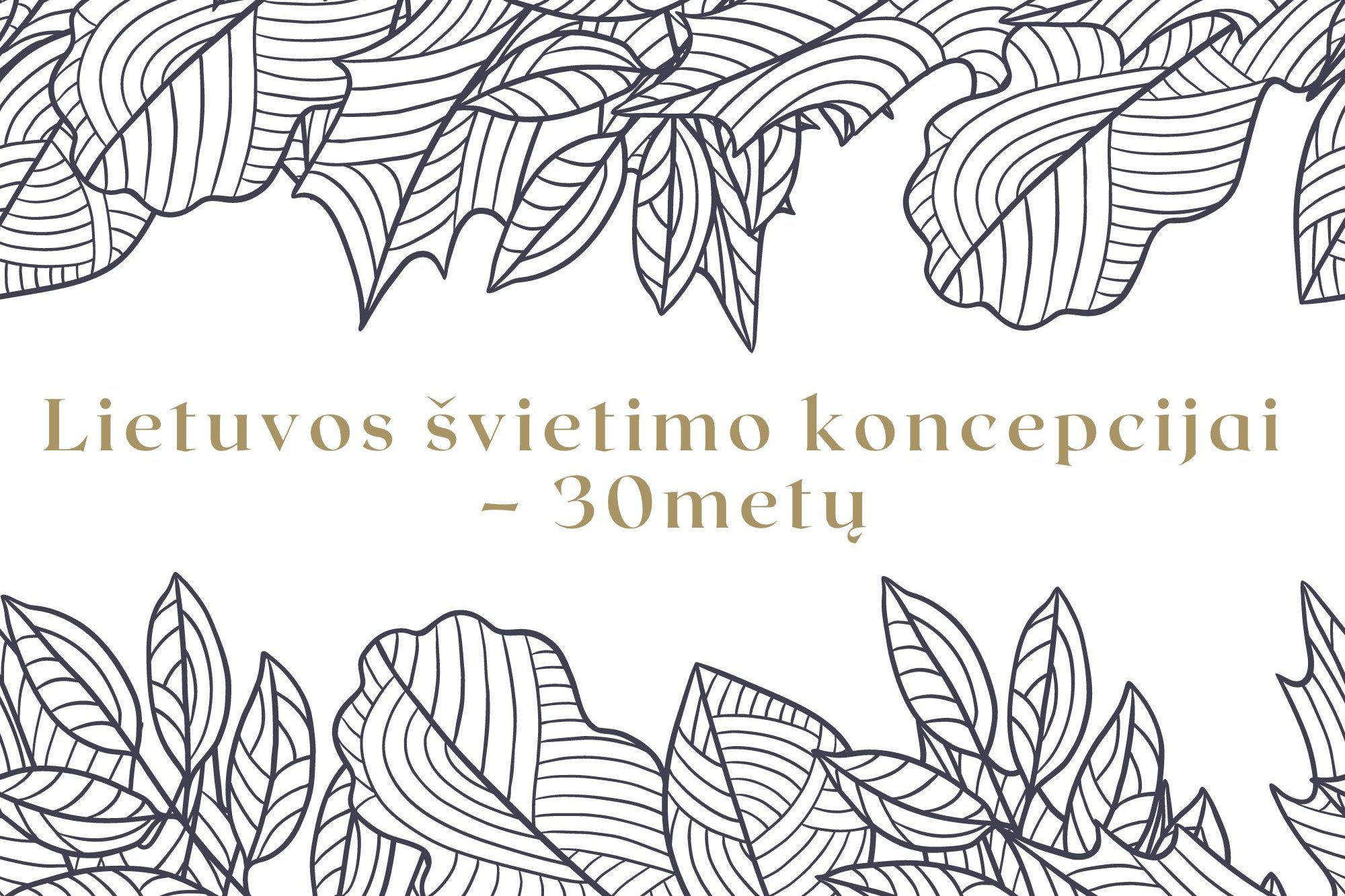 We are kindly invite you to an event on 25th of November in 2022 at 15.30 to celebrate the 30th anniversary of the Lithuanian Concept of Education. Together, we will remember  the history of the document, the people who drafted it, the main ideas behind it, and discuss its significance for the present and future.

On the 26th of  November in 1992 The Minister of Culture and Education of the Republic of Lithuania, Darius Kuolys, signed an order on the submission of the Conception of Lithuanian Education “For Public Information and For the Approval of the Government of the Republic of Lithuania and the of the Republic of Lithuania”. The Conception defined education as “a set of historically formed purposeful activities and organisational structures, the purpose of which is to achieve the goals of education of the individual and society”. It formulated objectives and principles common to the entire education system. Despite the fact that the conception was not approved by the then Parliament, this document laid a solid foundation for the Lithuanian education reform work. Not only was it highly acclaimed internationally, but, more importantly, it became a vision that ideologically mobilised the education community for further reform.